This Sliding Bar can be switched on or off in theme options, and can take any widget you throw at it or even fill it with your custom HTML Code. Its perfect for grabbing the attention of your viewers. Choose between 1, 2, 3 or 4 columns, set the background color, widget divider color, activate transparency, a top border or fully disable it on desktop and mobile.

This Sliding Bar can be switched on or off in theme options, and can take any widget you throw at it or even fill it with your custom HTML Code. Its perfect for grabbing the attention of your viewers. Choose between 1, 2, 3 or 4 columns, set the background color, widget divider color, activate transparency, a top border or fully disable it on desktop and mobile.
Call Advantage at (216) 520-6377|info@advantageconsulting.net
Previous Next 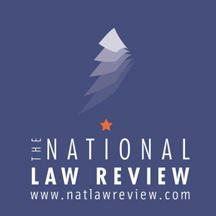 The Fifth Circuit once again placed employers on notice: how employers conduct investigations and what management says in email will be held against the employer. In Ion v. Chevron USA, Inc., the Fifth Circuit relied on management emails and a lack of investigation to reverse what appeared to be a guaranteed summary judgment victory for an employer against an employee’s Family and Medical Leave Act (FMLA) retaliation claim.

In Ion, Todd Ion was suspended for five days on March 16, 2009 due to performance deficiencies and the excessive length of his lunch breaks. During his suspension, Ion met with a licensed professional counselor who certified that Ion was incapacitated and unable to perform work of any kind due to “too much stress – can’t focus on his job – single parent.” Ion then informed Chevron that he may seek disability leave.

On March 24, 2009, Chevron received Ion’s FMLA paperwork and asked him to go to the clinic to “certify the FMLA.” That same day, Chevron’s general manager emailed Ion’s supervisor the following: “It looks like Mr. Ion is playing games with us after his suspension. I assume the ‘paperwork for short-term disability’ comment means he is looking for a doctor to give him some FMLA-qualified time off. What are our options moving forward?”

Per Chevron’s request, on March 25, 2009, Ion went to the clinic where he refused to sign a release of medical information, became extremely frustrated, and clinic employees described his behavior as “passive/aggressive harassment,” “disgruntled,” “angry,” and “belligerent and abusive toward the nursing staff.”

Later that day, one of Ion’s co-workers informed Ion’s supervisor via email that Ion previously had mentioned “faking a nervous breakdown…so he could take a leave of absence with FMLA and…benefits.” Ion’s supervisor forwarded this email to management and a general manager responded, “I think strong action should be taken since [Ion] has premeditatedly planned to fake an illness.” Chevron did not conduct any further investigation into the allegation. On April 2, 2009, Chevron terminated Ion’s employment.

In reversing the District Court’s granting of summary judgment on Ion’s FMLA retaliation claim, the Fifth Circuit reasoned that Ion’s exercise of his FMLA rights was a motivating factor in his termination because after receiving Ion’s FMLA paperwork, a general manger showed animus in his email stating, “Ion is playing games with us….what are our options moving forward?” and Chevron mentioned Ion’s FMLA-absence in his termination letter. The Court rejected Chevron’s reliance on the co-worker’s statement about faking a nervous breakdown as Chevron had failed to conduct even the “most cursory” investigation into the allegation. Chevron’s reliance on the clinic incident similarly was rejected as it was not mentioned in Ion’s termination letter and descriptions of the incident were vague.

This decision illustrates the pressing need for employers to train managers and conduct thorough investigations (even where misconduct appears evident). Prior to making a termination decision, employers must collect substantive and credible evidence of alleged misconduct and provide the employee in question with the opportunity to explain the conduct. Employers also should include all reasons for an employee’s discharge in the termination letter.
© MICHAEL BEST & FRIEDRICH LLP

By joe@ocronusa.com|February 5th, 2014|Uncategorized|Comments Off on Reversal on FMLA Retaliation Claim Highlights Importance of Email & Investigations